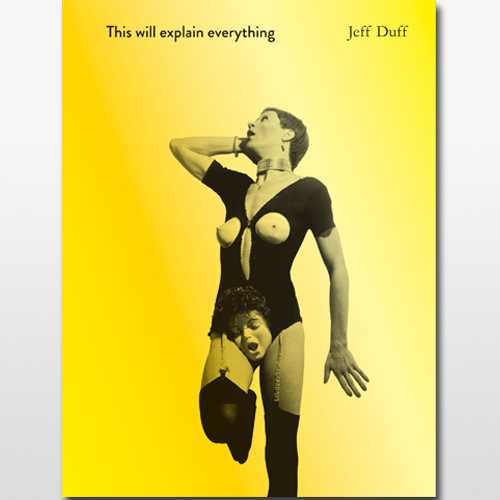 This will explain everything

This will explain everything - Hardcover $49.95

‘I don’t think it’s overstating the case to say that, had Jeff Duff hailed from a country in the top half of the world, he could now be as acknowledged and acclaimed as David Bowie or Lou Reed or Iggy Pop.’ — Glenn A. Baker, rock historian

Jeff Duff is arguably the most flamboyant, creative and controversial entertainer Australia has produced. His musical gifts and fantastical androgynous performances parallel the artistry of David Bowie. While Duffo’s career kicked off in the 1970s, he continues to grow as an artist, creating new music and performing sell-out concerts to this day.

In his tell-all memoir, dedicated to Bowie, Duffo shares his tales of life, love and rock‘n’roll, in what is a rollicking, entertaining read. From his childhood desire to wear a dress, to performing before violent London punk crowds, to being banned and arrested, and even his journey into the depths of despair, Duffo recalls all with flair and style.