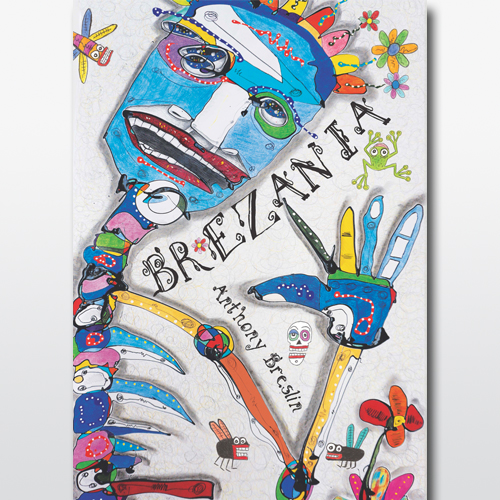 Anthony Breslin is a prominent Australian visual and performance artist. He graduated with a Fine Art degree from RMIT University in 1999; completed a residency at New York’s exclusive and prestigious Point B Studios in 2007; and was the recipient of the International Award for Emerging Artists at the 2008 Shanghai Art Fair. Breslin’s work has been showcased in solo and group shows in Australia, the US, the UK, Switzerland, the Czech Republic and China, and his most famous works include Trybe: An Opera in Paint and a window- display installation commissioned by Myer on Bourke Street, Melbourne. Breslin has also worked as a designer/art director for music videos, of which one was awarded an Aria and another nominated for Best Design at the AFI Awards, and he has been featured in a number of art magazines and newspapers. Recently he has been working on large-scale performance and installation projects at schools in Victoria and NSW. Breslin is the author of Frantic Bloom and Brezania.