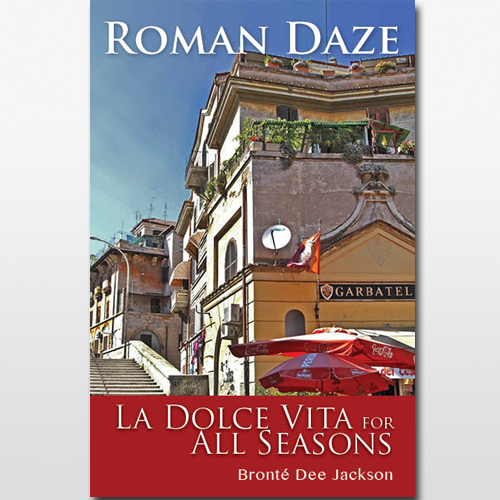 Award winning writer, Bronté Jackson, has had her stories on Rome published in The Age, and her blog about life in Rome was selected for the Top Ten Ultimate Rome Bloggers in 2011. Twenty years ago, Bronté Jackson won an airline ticket that thrust her into the heart of the Mediterranean. Recently separated, made redundant and evicted from her home, Bronté spent six months recovering in Greece and spending her redundancy package, before making her way to Rome. Her memoir, Roman Daze: La Dolce Vita for All Seasons, depicts her experiences.