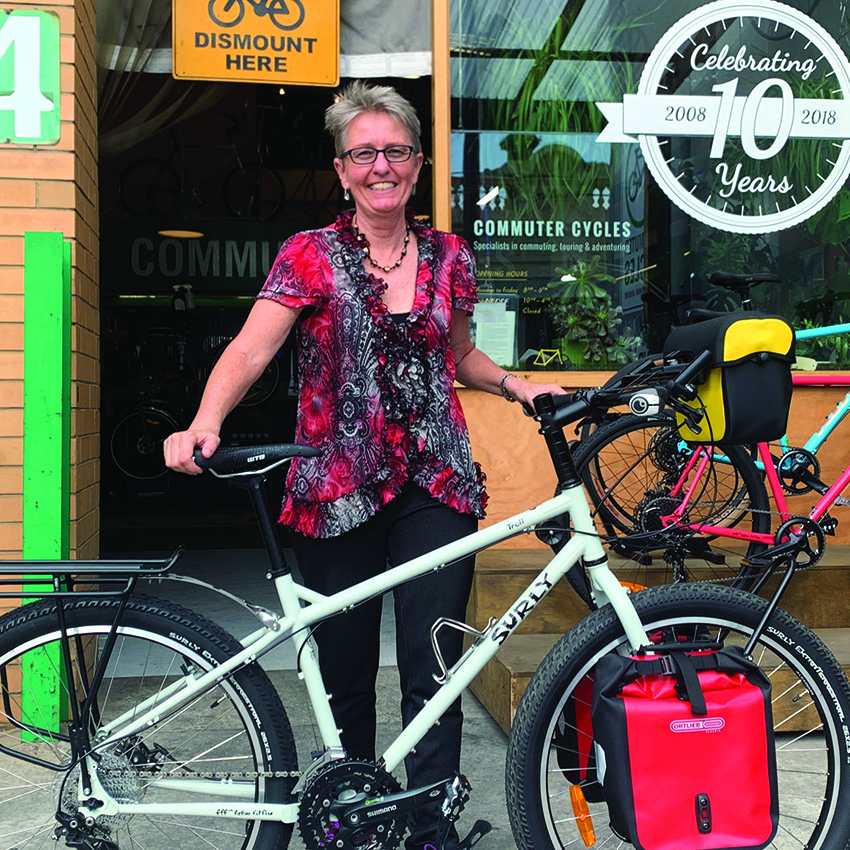 Leonie worked for 15 years in indigenous health in the Northern Territory and was a national leader in the use of technology to support rural and remote delivery of health care. Leonie’s work brought her into professional public speaking for many years. Cycling became part of life in Darwin for Leonie and her four children where it was easy and safe as a means of transport. Leonie lost her mother to cancer and was divorced. Alone and afraid of the future, the impossibility of a solo bike ride across quarter of the globe became the way she forced herself to step out of her fears and redefine who she was and was going to be. The ride became a successful fund raiser for children with cancer through blogging on Facebook and Instagram. This is Leonie’s first writing adventure and proceeds from the book will support her charity of children with cancer. She now lives in Melbourne, near her four grown up children. Leonie is the author of When We're Not Afraid: My 12,000 km bike-packing ride through South America