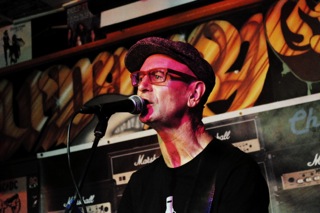 Craig Horne has been a public servant and speechwriter and also a musician on the Melbourne scene over the last forty-eight years. As a teenager, Daddy Cool inspired him to take up the guitar and play in a rock and roll band of his own, eventually performing alongside Wayne, Gary and sometimes Hanna as members of his band The Hornets. He is the author of Daddy Who? and more recently, Roots: How Melbourne became the music capital of the world.