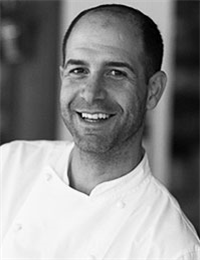 With a passion for cooking and an apprenticeship at Melbourne’s famed Florentino under his belt, Joe Vargetto travelled to Italy to work under one of the founders of modern Italian cuisine, Gualtiero Marchesi. Returning to Melbourne, he cooked with leading chefs, Jacques Reymond, Philippe Mouchel and Jeremy Strode at Langton’s and won the Bocuse D’Or competition in Australia. Joe opened Mister Bianco, his modern Sicilian restaurant in Melbourne’s Eastern suburbs in 2010, and then Massi in the CBD in 2016. His cookbook Siciliano was published in 2020.