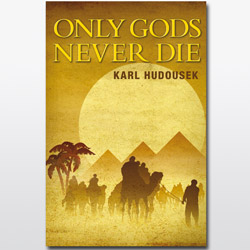 Karl Hudousek was born in Czechoslovakia from where, as a young boy, he escaped to freedom in dramatic circumstances with his parents. He was educated in Melbourne, where he now lives. Karl is an accomplished aviator, horseman, skier and artist. He is also an indefatigable traveler. Egypt and its legends have enchanted him since he first set foot there in 1949. After several privately funded expeditions into the Sahara and the Great Grand Sea, he set himself a new challenge ... to write a book about it. That book became Only Gods Never Die. 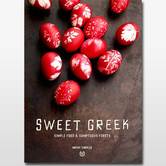 Kathy’s story is inspirational. After being diagnosed with breast cancer, she quit her profession to pursue her dream of cooking and opening a shop to offer the best of authentic Greek cuisine. Thousands of Melburnians are glad she did! She is the author of two Sweet Greek cookbooks.

Kelvin Kerkow is arguably Australia’s most recognizable and successful lawn bowler and author of Rolled Gold. When Kelvin won the Commonwealth Games Gold medal in the men’s singles tournament in Melbourne, 2006, he created one of the enduring images of Australian sport when he ripped off his shirt and was chaired around the ‘green’. To get to this point was a remarkable achievement as Kelvin was crippled as a child with the life threatening, rare Guillain Barre syndrome which attacks the nervous system. Kelvin was in a coma, paralysed and spent years undergoing surgery and being wheelchair bound. To this day, Kelvin bowls with the aid of a stick. It was only a mother’s love that enabled him to regain movement in his hands. She would sit by his bedside day and night massaging his fingers until movement returned. 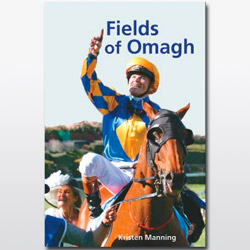 Kristen Manning is a journalist specializing in thoroughbred racing and breeding. Kristen Manning has been involved in the world of horse racing since she was fifteen. Hooked when her father took a share in a horse who was to win nine races, she embarked on her racing career as a cadet journalist at Truth Newspaper. After three years at that infamous Melbourne paper, Kristen became a freelance writer, working for the racing publications Winning Post, Racetrack, Australian Bloodhorse Review, Breeding&Racing, Pacemaker (UK) Turf Monthly, Inside Racing, Sunspeed, On Course (editor) and Owner/Breeder (US). She has also worked for Racing Victoria, the Moonee Valley Racing Club, the Thoroughbred Racehorse Owners Association, the Victorian Bookmakers Association, on community radio and she contributed four chapters to the book Great Thoroughbred Sires of the World. An enthusiastic racehorse owner and breeder, Kristen also works as a pedigree analyst, providing advice to individual breeders and studs. She has always held the ambition to write a book and is thrilled to document the life of Fields of Omagh, a horse she has long admired. 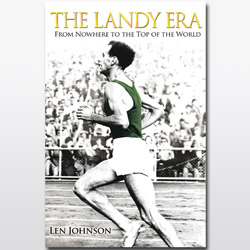 He is also a former national class distance runner (2.19.32 marathon), and trained with Chris Wardlaw and Robert de Castella. He is the author of The Landy Era. 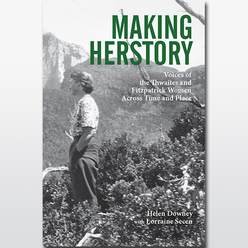 Lorraine holds a Certificate of Business Studies (Law), a Diploma of Financial Planning, a Bachelor of Laws (Honours) and Specialist Accreditation 1998. Growing up in the country fostered a love of nature and the outdoors. With forebears who engendered great pride in their Irish/English heritage going back to the 1850s in Australia, followed by marriage to a post-war Italian migrant, she maintains an ongoing interest in, and love of, people, their lives and their stories. Woven throughout life has been a great love of family, of photography, of nature, of music and of learning. She is the co-author of Making Herstory. 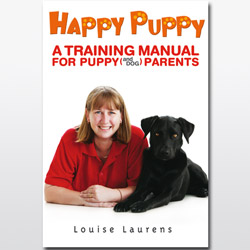 Louise Laurens’s animal career began at the age of twelve when she started five years of volunteering with Horse Riding for the Disabled. She then helped out at the Toowoomba & District Society for the Prevention of Cruelty to Animals, and took on the position of Junior Branch Convenor at the society at fifteen. Later, she was placed at the Fairfield branch of the RSPCA and soon worked as a volunteer Veterinary Nurse on weekends and school holidays at various veterinary practices in Toowoomba.

Paws x 4 is Lauren’s foray into the world of small business. It started in 1997, and under this banner she educates both puppy and dog owners at various venues throughout greater Brisbane. 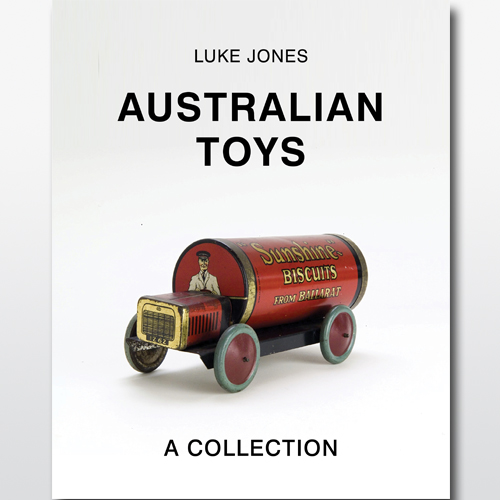 Luke Jones is an architect by profession and an experienced equestrian competitor in the sport of Eventing; however, a life’s passion for collecting antique toys preceded both of these pursuits. The first item in his collection was purchased in 1983 when Luke was aged nine. His long-term commitment to the subject has led to the assembly of a comprehensive and considered collection of Australian manufactured vintage toys that is without peer. Luke’s collecting instinct also extends to Australian furniture and art, including colonial furniture from the Barossa Valley as well as South Australian historical documents and ephemera. He is the author of Australian Toys.